If you are familiar with CBD and THC, you have probably started looking into the minor cannabinoids, as well. There’s no need to feel lost. This article is to help you better understand the most prominent cannabinoids, starting with THC and CBD and going much further. This post contains quotes and links to scientific research into cannabinoids that look into their potential future uses.

None of the information in this article should be taken as a claim by Cornbread Hemp that any of our products perform a certain way based on their cannabinoid content. This article is purely for informational and educational purposes to help CBD consumers better understand the existing body of work in cannabinoid research.

Cornbread Hemp’s products are not intended to diagnose, treat, prevent, or cure any disease. For information on how our products perform, read through thousands of our verified customers’ anecdotal experiences with our products.

How Many Cannabinoids Are There?

There are over 100 phytocannabinoids. One recent study suggests there could be as many as 150 cannabinoids in the cannabis plant. That’s a lot. As a full spectrum extract, our hemp products contains a number of minor cannabinoids at a detectable level. Our third-party lab partner, Kaycha Labs, tests for eleven primary cannabinoids.

Among these most common 11 cannabinoids, the Cornbread Hemp extra strength USDA organic Whole Flower CBD oil contains detectible levels of seven of them, according to our CoA prepared by Kaycha Labs:

What are all these cannabinoids? What do they do? Here’s a quick rundown of the primary minor cannabinoids that you’re likely to find in a full spectrum hemp extract.

How Do Cannabinoids Develop?

The first thing to learn when thinking about cannabinoids as a whole is to know how they develop. The first cannabinoid that gets produced in the hemp plant is CBGa, or cannabigerolic acid. This is the parent cannabinoid from which all other cannabinoids develop.

From there, the CBGa converts into the three major cannabinoid precursors: THCa, or tetrahydrocannabinolic acid; CBCa, or cannabichromenic acid; and CBDa, cannabidiolic acid. Depending on the strain, some CBGa may convert into CBG. However, most CBGa will become either THC or CBD in the end, depending on the strain of cannabis.

As CBD users become more sophisticated in their research, and more mindful about how full spectrum hemp extract interacts with their bodies, they begin to research these cannabinoids.

Please keep in mind: the research into cannabinoids is still quite young. Because various facets of the American federal government have blocked research into the beneficial aspects of cannabinoids for generations, the hard science in this area is remarkably lacking.

While you are likely to find interesting the summaries below of recent cannabinoid research, please do not interpret any of it as medical claims for Cornbread Hemp products. More research is needed before we know how these cannabinoids affect the human body, and at what dosage. With that in mind, here’s a breakdown of what science currently knows about each of of these cannabinoids.

Cannabidiolic acid is the parent molecule of all cannabinoids. CBGa does this by developing into the three major cannabinoid precursors: THCa, CBDa, and CBCa. These cannabinoid acids go on to become THC, CBD, and CBC. In some cannabis strains, CBGa can also develop into CBG. CBGa was first discovered in the 1960’s by an Israeli research team led by Dr. Raphael Mechoulam.

But despite being known to science for nearly 60 years, very little is known about CBGa’s potential. Like many aspects of cannabis science, more research is needed on CBGa.

Cannabigerol, or CBG, has been found "to have "potential...". CBG comes from the precursor cannabinoid CBGa. Because most CBGa develops into THC and CBD, CBG is a rare cannabinoid to find in a full spectrum hemp extract.

What could CBG be good for? While a significant number of animal studies and pre-clinical research has been conducted on CBG, more research is needed. This is because decades of federal prohibition have limited researchers' ability to study the beneficial aspects of the cannabis plant.

Despite being a common minor cannabinoid, THCa “remains largely unexplored,” according to a 2020 study. What could THCa be good for? Very little research has been done into this particular cannabinoid. More research is needed.

In nature, delta-8 THC only occurs as a fraction of a percent of a dried hemp flower. But in laboratories, chemists are able to synthesize delta-8 THC from either CBD or delta-9 THC. This has become a popular form of skirting the federal ban on delta-9 THC. But anyone interested in trying delta-8 THC vape cartridges should be very careful for several reasons:

Most cannabis strains only contain trace or undetectable amounts of THCV, or Tetrahydrocannabivarin. But as more research gets published on this unique cannabinoid and its interesting properties, it has the potential to become more popular in the future.

What does the research tell us about THCV? Pre-clinical studies in animals have looked at a variety of potential effects of THCV. However, more research is needed to better understand how THCV affects the human body.

Cannabinol, or CBN, forms from the breakdown of THC over time, so older cannabis has higher levels of CBN.14 What is CBN good for? Although there have been pre-clinical studies into a variety of potential wellness benefits, more study is needed.

Cannabidiolic acid, or CBDa, is the precursor cannabinoid to CBD. It usually converts to CBD when decarboxylated by heat or sunlight. Therefore, most CBD products will have a very low level or CBDa — if any CBDa at all — because the goal of most CBD products is to maximize the amount of CBD. What does the science say about CBDa? While pre-clinical research has been conducted in CBDa's potential, more research is needed.

Cannabidivarin, or CBDV, is an analog to CBD. That means it has a similar structure and similar non-intoxicating effect on the body. CBDV was discovered in 1971, but it is only now being fully researched. A major pharmaceutical company is currently studying an isolate form of CBDV as a potential drug.

What else could CBV do? There has been pre-clinical animal research into CBDV, but more research is needed. Decades of prohibition have limited our understanding of how cannabinoids like CBDV can benefit our bodies.

Cannabichromene, or CBC, is the third of the three primary cannabinoids, after THC and CBD. CBC develops into a cannabinoid in the same manner as THC and CBD. The parent cannabinoid, CBGa, converts into three acid groups: THCa, CBDa, and CBCa. These compounds then convert into the mature cannabinoids: THC, CBD, and CBC.

Like CBD, CBC is non-intoxicating. Preliminary research into CBC has been conducted. But decades of prohibition has limited our understanding of possible health benefits into cannabinoids like CBC until recent years.

By reading this guide to cannabinoids, you gained a greater appreciation for the complexity of cannabis, we hope. As discussed, the cannabis plant can produce as many as 150 distinct cannabinoids, a far greater number than we covered in this article.

Please keep in mind that all the studies quoted and cited in this article are pre-clinical in nature. That means the findings are preliminary and should not be taken as medical claims made by Cornbread Hemp.

More research into the effects of cannabinoids needs to be done. Until then, curious people need to do their own research to draw their own conclusions. 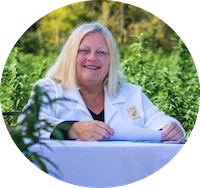 What role does CBGa play in the development of cannabinoids?

The first cannabinoid that gets produced in the hemp plant is CBGa, or cannabigerolic acid. This is the parent cannabinoid from which all other cannabinoids develop.

What role do the acids play in the development of cannabinoids?

Compounds mature and then degrade. All the acids involved in the process are proto-- or beginning-stage-- cannabinoids.

What is CBN good for?

Much more research is needed, but just as old cannabis can make people sleeping, CBN may help with sleep, as it is formed when the compound THC degrades over time.