Do you like CBD? If so, wait until you learn about the benefits that come with taking CBD and THC together. Both compounds have plenty of merits of their own — but nature put them both in hemp together for a reason! Here’s all you need to know about CBD and THC, and how they work together.

Why hemp is more than just CBD

CBD gets a lot of attention these days. On the market today, you can find CBD capsules, CBD tinctures, CBD dog treats, et cetera. We call them “CBD products” offered by “CBD companies” that are part of the “CBD market” and “CBD industry.”

While this attention on CBD is justified, it’s also oversimplified. That’s because the value of hemp far transcends just one or two molecules.

Hemp is more than just CBD. The reality is that the female hemp plant (Cannabis Sativa) contains hundreds of beneficial compounds. CBD is one of its many cannabinoids, and cannabinoids themselves are just one of hemp’s many different types of phytochemicals! 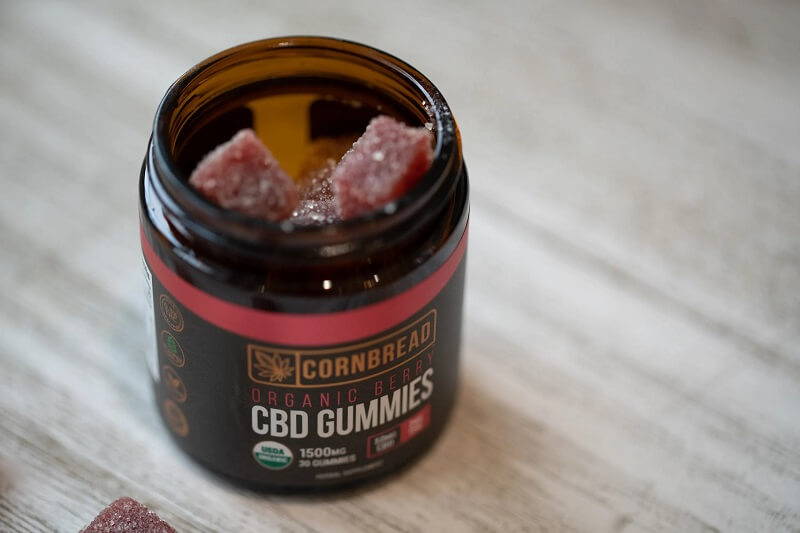 Where CBD and THC are made

Zoom in on the flowering buds of a mature hemp and you’ll see something interesting: thousands of small, white, hook-like structures. Scientists call them trichomes, and studies refer to them as “phytochemical factories.” [1]

Why? Because it’s within the trichome that hemp’s most important ingredients are created. CBD, THC, CBG, CBN, CBC, and pretty much every other cannabinoid is made right here. Early research on hemp focused on the isolated effects of one or two of these ingredients. That is understandable, given the excitement surrounding their discovery.

In the 1960s, animal experiments involving single-compound megadoses and other pharmaceutically-inspired methods were most popular. It wouldn’t be until much later that researchers discovered the entourage effect of multiple cannabinoids working together, and all of its implications.

How THC and CBD work together: the entourage effect

Contemporary research has shown that hemp’s full spectrum of active compounds is what boosts our body’s endocannabinoid system the most. In other words, the combination of the following hemp compound is much greater than the sum of its parts!

The hemp flower produces all of these compounds:

This phenomenon of all these compounds working together is called the entourage effect. This term refers to how hemp’s trace ingredients act as an internal entourage working alongside its more prominent ones. When taken within the context of nature’s design, CBD’s already-great impact gets magnified even further.

This metaphorical entourage may be small in size, but it’s large in diversity — and in pharmacological influence. A 2015 Israeli study showed that whole-plant CBD intake was both more effective and more forgiving than CBD isolate alone. [2] Project CBD called the study groundbreaking. Its authors found that CBD by itself (i.e, CBD isolate) had a smaller therapeutic range than CBD and THC combined, which made it difficult to find an accurate dose with CBD isolate alone.

Full spectrum hemp extract, on the other hand, was observed to have a much broader dosing range. Plus the CBD + THC extract worked just as well as CBD isolate at only a quarter of the dosing! Researchers concluded with this: “It is likely that other components in the extract synergize with CBD to achieve the desired ... action...”

CBD and THC in Scientific Studies

Cornbread Hemp does not make medical claims about its products, and none of the claims in this blog post should be interpreted as claiming that Cornbread Hemp products diagnose, treat, cure, or prevent any diseases. But that does not stop research into the potential benefits of CBD and THC working together, and much of that research is aimed at how these compounds may affect specific conditions. [3] [4] [5]

Benefits of CBD and THC together: CBD’s strengths

Of all the cannabinoids discovered so far, CBD may be among the best at supporting the body’s normal anti-inflammatory response. And when inflammation is kept in check, good things happen. Many CBD users report healthy mobility and more. [6] Accessing these benefits may be as easy as using a full spectrum CBD oil and a CBD + THC topical. [7] 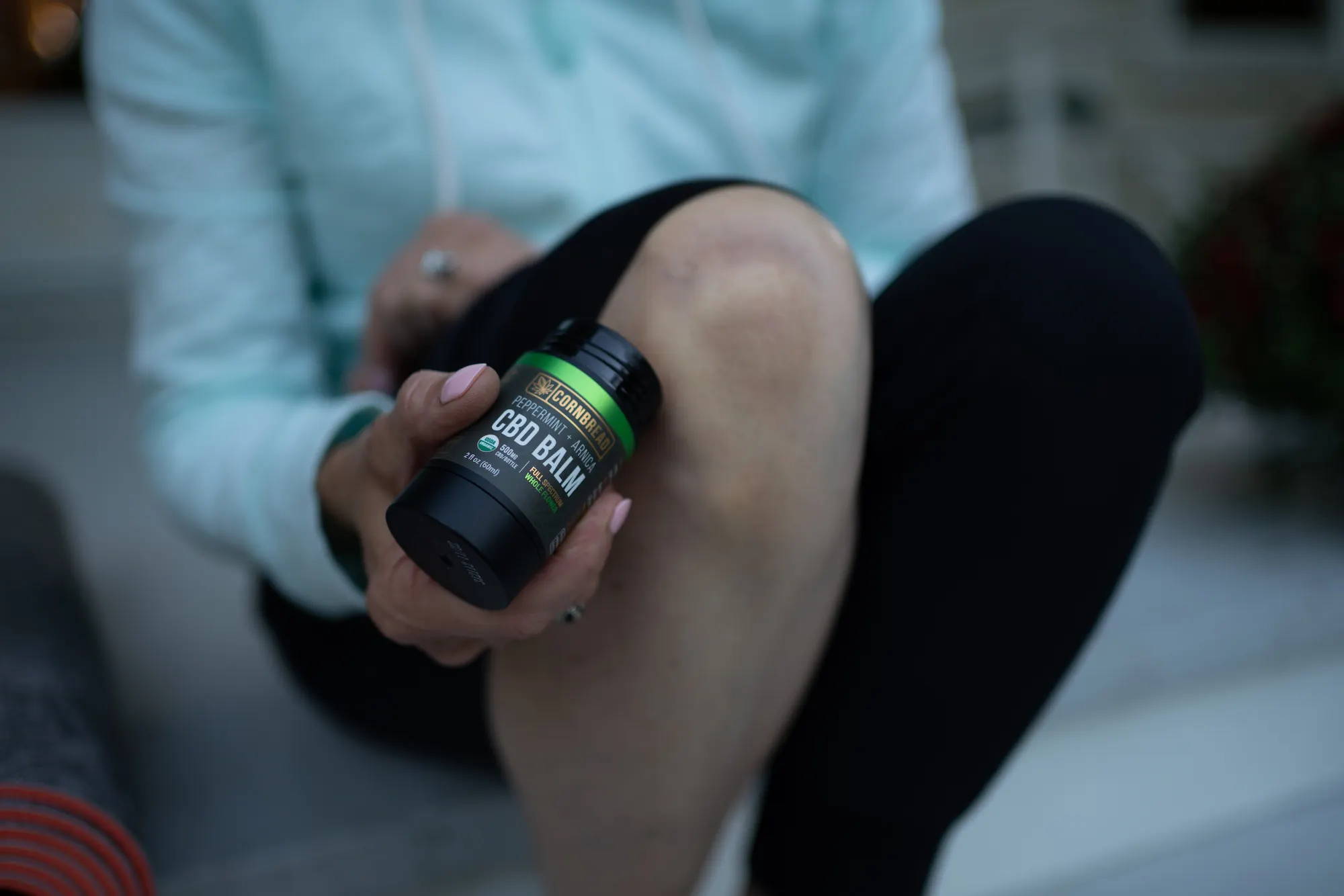 Benefits of CBD and THC together: THC’s strengths

Most of cannabis’s active ingredients are at least a little relaxing. But when it comes to deep relaxation, THC is the compound that really shines. THC may promote good mental health by activating certain areas of the brain. [8] This trait makes THC good for people who experience occasional stress in their lives (aka everybody).

THC may also be good for some athletes. Why? Well, many fitness gurus attribute their success to their ability to ‘turn on’ their minds and bodies at just the right time. In other words, they were either fully relaxed or fully immersed in their skill, with very little in-between. Maybe it’s not so surprising that boxing great Mike Tyson admits to smoking THC-rich cannabis before some of his best fights. [9]

One of the best ways that CBD balances THC can be seen in how it affects THC’s ability to make a person feel “high.” According to anecdotal reports, CBD can make THC’s psychotropic effects much more manageable. It’s well-known among cannabis connoisseurs that one of the best ways to come down from being ‘too high’ is to take some CBD. These effects can be different from person to person, so you may need to do some self-experimentation to see if CBD+THC works for you. [10] [11]

CBD and THC together: from theory to practice

Now that we’ve covered the many potential health benefits of CBD and THC, let’s look into how to experience them for yourself! After all, there’s a right way and a wrong way to combine CBD and THC. Here are the details.

How to combine CBD and THC the right way

At Cornbread Hemp we believe in trusting nature’s wisdom, which is why many of our products feature a Flower-Only™ full spectrum extract that’s rich in both CBD and THC. Our extract contains these two cannabinoids in one of the strongest ratios available! Here are five great products that combine CBD and THC the right way.

Our Whole Flower CBD Oil has a pleasantly floral taste and a delicious aroma. It’s packed with up to 2mg of THC per serving — a legal amount allowed under the federal Farm Bill. There’s no additives, flavors, or preservatives here. Just the highest quality full spectrum CBD oil available on the market!

Our full spectrum, Flower-Only™ CBD Gummies are also packed with 2 milligrams of THC per serving. These gummies aren’t like most of the ones available on the market today. Unlike ‘normal’ CBD gummies, these contain no high-fructose corn syrup (HFCS), gelatin, or artificial colors or flavors. They’re high-quality and vegan.

Our full spectrum CBD Capsules provide CBD, CBDa, THC, and minor cannabinoids in an ultra-convenient capsule. Try them for yourself if you’re looking for a truly pure CBD capsule product.

Ready to feel at home in your own skin? Then you may want to try our CBD Lotion Skin Formula. It contains a powerful botanical blend of CBD, THC, and terpenes that supports your body’s healthy skin. And yes, it smells as good as it’ll make you feel.

Our CBD Oil for Pets contains the perfect amount of THC for your furry friend. It features the distilled version of our Flower-Only™ hemp extract, with just enough THC to balance out your pet’s body and mind.

At Cornbread Hemp we know CBD is worth doing right. Accessing the very best that hemp has to offer is as simple as finding a full spectrum product that combines CBD and THC’s power. After all, in cannabinoid health, it’s about all the cannabinoids working together, not any single compound isolated alone.

Experiencing the powerful benefits of CBD + THC has never been easier.

What Benefits of CBD and THC Together?

While recorded history of the benefits of CBD and THC is still relatively short, we do know that these cannabinoids work amazingly well together. When both cannabinoids are present in proper ratios, they become even more powerful.

What is the right ratio of CBD to THC?

That depends on what you want from your medicine. If you need relief from pain, stress, or anxiety, higher levels of CBD will likely be appropriate for your needs. But if you’re looking for more of a mood boost, THC may be the better option.

How Can I Get CBD and THC Together in the Same Product?

There are many products available today that contain both CBD and THC in proper ratios to make them even more beneficial than either cannabinoid on its own. You can buy these products at Cornbread Hemp or find them in your local dispensary.

1. Front Plant Sci - Cannabis sativa: The Plant of the Thousand and One Molecules. Available at: https://www.ncbi.nlm.nih.gov/pmc/articles/PMC4740396/

6. By Dan Kopf & Jenni Avins - New data show Americans are turning to CBD as a cure-all for the modern condition Available at: https://qz.com/1590765/survey-shows-americans-use-cbd-to-treat-anxiety-and-stress/

7. Dr. Christian Löfke - CBG: The mother of all Cannabinoids with broad antibacterial activity Available at: https://www.openaccessgovernment.org/cbg-the-mother-of-all-cannabinoids-with-broad-antibacterial-activity/95824/