Jojoba oil is one of the more popular oils used in cosmetics and hair products to promote skin and hair health. Likely you’ve heard the word mentioned in advertisements before, pronounced “hohoba,” but where does it come from, and how is jojoba oil used?

Jojoba oil comes from the seed of the jojoba plant (also known as goat nut, deer nut, pignut, wild hazel, quinine nut, coffeeberry, and gray box bush). It is a shrub native to the Sonoran Desert and other desert areas in the American Southwest. Jojoba shrubs are the sole member of the Simmondsiaceae family of plants. Jojoba is endemic to southwestern America, meaning it’s found there and nowhere else geographically in nature.1

The jojoba plant grows upwards of six feet tall and has oval waxy leaves and small greenish-yellow flowers that bloom from March to May. The seed or nut, which houses the jojoba oil, is about the shape and size of an acorn. The common name "jojoba" originated from O'odham name for the plant, hohowi.2

Bailey's pocket mouse (which despite its name is a rather large mouse growing to around ten inches in length) is the only known animal to be able to digest the wax found inside the jojoba nut. It is the only rodent from the Sonoran Desert that is able to eat the seeds, because they are toxic to most other mammals.3 Those mammals, including deer, javelina, bighorn sheep, and livestock, instead feast on the jojoba plant's foliage which is a viable food source year round.

Jojoba is grown commercially to produce jojoba oil, sometimes known as jojoba wax, which is extracted from the plant’s seed. It is currently the Sonoran Desert's second most economically valuable native plant (overshadowed only by California fan palms, used as ornamental trees). Fifty-four percent of the content of jojoba seeds by weight is the valuable jojoba oil.4 Jojoba oil has a very long shelf-life and an extremely high resistance to heat.5 Cultivation of the plant has spread commercially to arid climates in Central and South America.

In the early 18th century, Jesuit missionaries observed Native Americans using jojoba oils by heating then grinding the seeds to make a buttery paste. They were applying jojoba seed paste to their skin and hair for conditioning and moisturizing. The O'odham people of the Sonoran Desert treated burns with a salve made from a paste of the jojoba nut.

Native Americans were also observed using jojoba oils to preserve animal hides. The nuts made for an emergency food supply, not only for the nutrients of the surrounding nut materials, but also because the oil can help keep hunger at bay.6 Jojoba oil on its own is edible, but it is non-caloric and non-digestible, meaning jojoba oil will pass out of the intestines unchanged.7

Jojoba plants are relatively slow growing, so jojoba oil is mainly used in small-scale applications like cosmetics and pharmaceuticals. Let’s take a look at the different ways we can use jojoba oil.

Jojoba oil is a humectant ingredient, which means it could work to seal the skin with a protective barrier to keep it from losing moisture.8 This may help the skin in other ways too, according to Healthline.9

Jojoba oil is non-comedogenic, which means it’s not likely to build up on your skin or in your pores. This is because unlike other skincare oils, its structure is similar to your skin's naturally occurring oils.10 So, if you use it on your face and body, it’s unlikely to cause acne breakouts. This similarity to our own sebum production means jojoba oil can be used on any skin type.

The hydrating and moisturizing properties of jojoba oil may help prevent dry skin, and make the skin feel more comfortable and nourished.11 Jojoba oil is packed with essential fatty acids, antioxidants, and amino acids. These nutrients, including hefty amounts of vitamin E, may have many potential skincare benefits, but more research is necessary to say for sure.

The same aspects of jojoba oil that make it a good moisturizer for your skincare routine also makes it ideal to add to hair conditioners or a hair mask to give added protection against hair dryness, breakage, and split ends. As it shares 25 percent of the properties to your naturally produced sebum, jojoba oil moisturizes without making hair strands wilt, look weighed down or oily. If you add a few drops of jojoba oil during a scalp massage, it can also help moisturize the scalp with vital nutrients.

Besides the soothing properties of jojoba oil itself, it’s chock full of vitamins that are good for the hair and scalp like vitamins A and C, the B vitamins, vitamin E, omega fatty acids, copper, and zinc.12 Allergies or side effects with pure jojoba oil are rare and topical use of the oil is deemed quite safe, according to Healthline.13

Today, we use jojoba in many of the same ways that early Native Americans did and still do use the oil from the seeds of the native plant. Folk and alternative medical practitioners use it in conjunction with other oils to achieve their desired effects.

Because jojoba oil is so well tolerated when used topically, it makes for an ideal carrier oil for cosmetic and beauty products. It doesn’t need diluting, so you can use jojoba oil directly on the skin as a moisturizer to help prevent dry skin issues. Or you can use drops of jojoba oil on cotton pads as a economical and effective makeup remover. Jojoba seed oil has so many applications in the skin & hair care industries, we had to take advantage of jojoba oil's amazing properties for our newest topical CBD product!

While the jojoba in the balm primarily serves as a carrier, it’s also there to impart all of its soothing goodness to the balm. USDA Organic CBD Balm provides comfort for joints and muscles. It comes in an easy-to-apply, mess-free stick for a cooling and comforting sensation to affected areas. 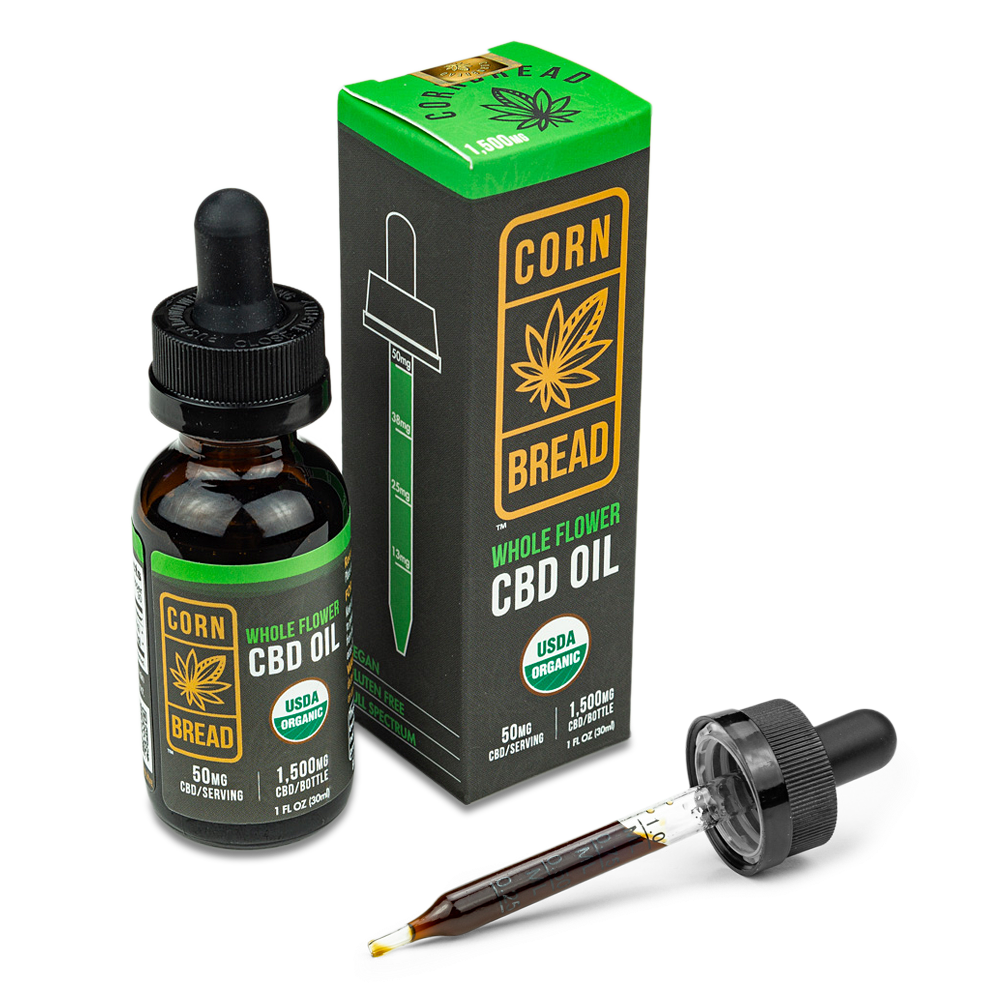 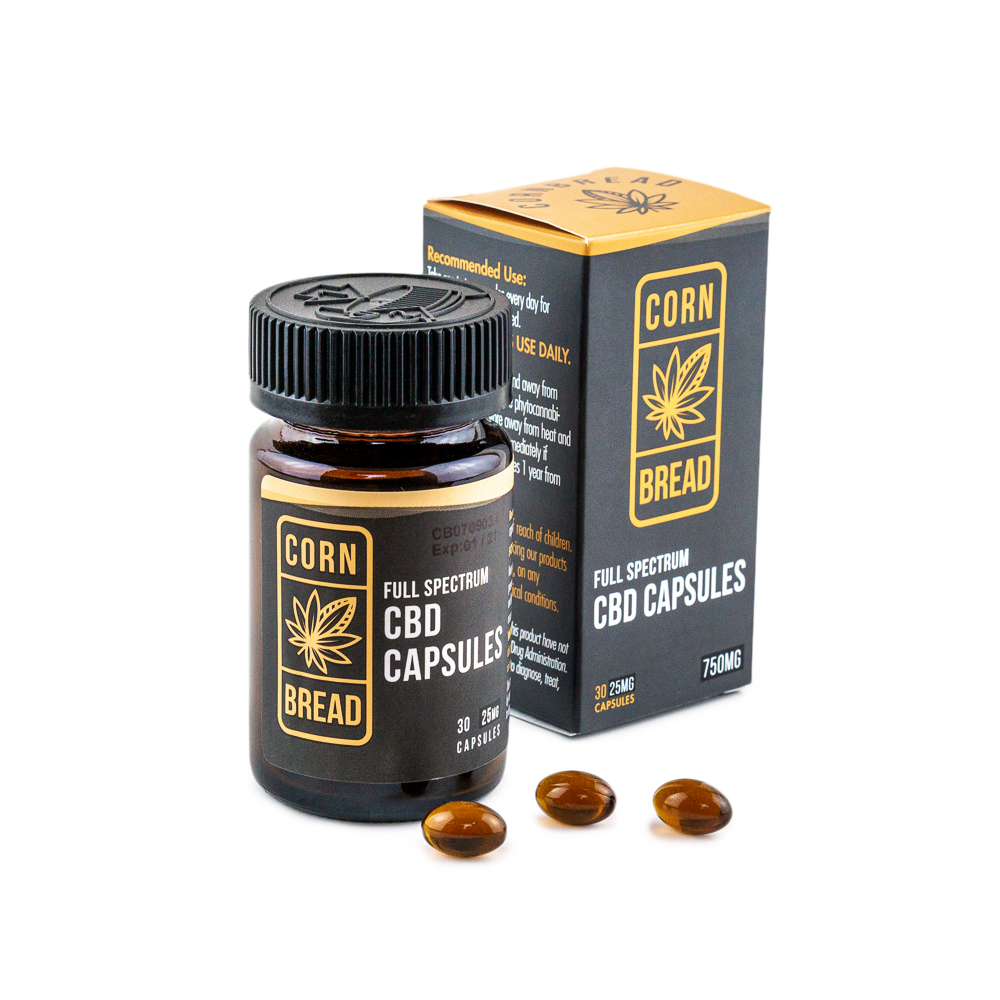 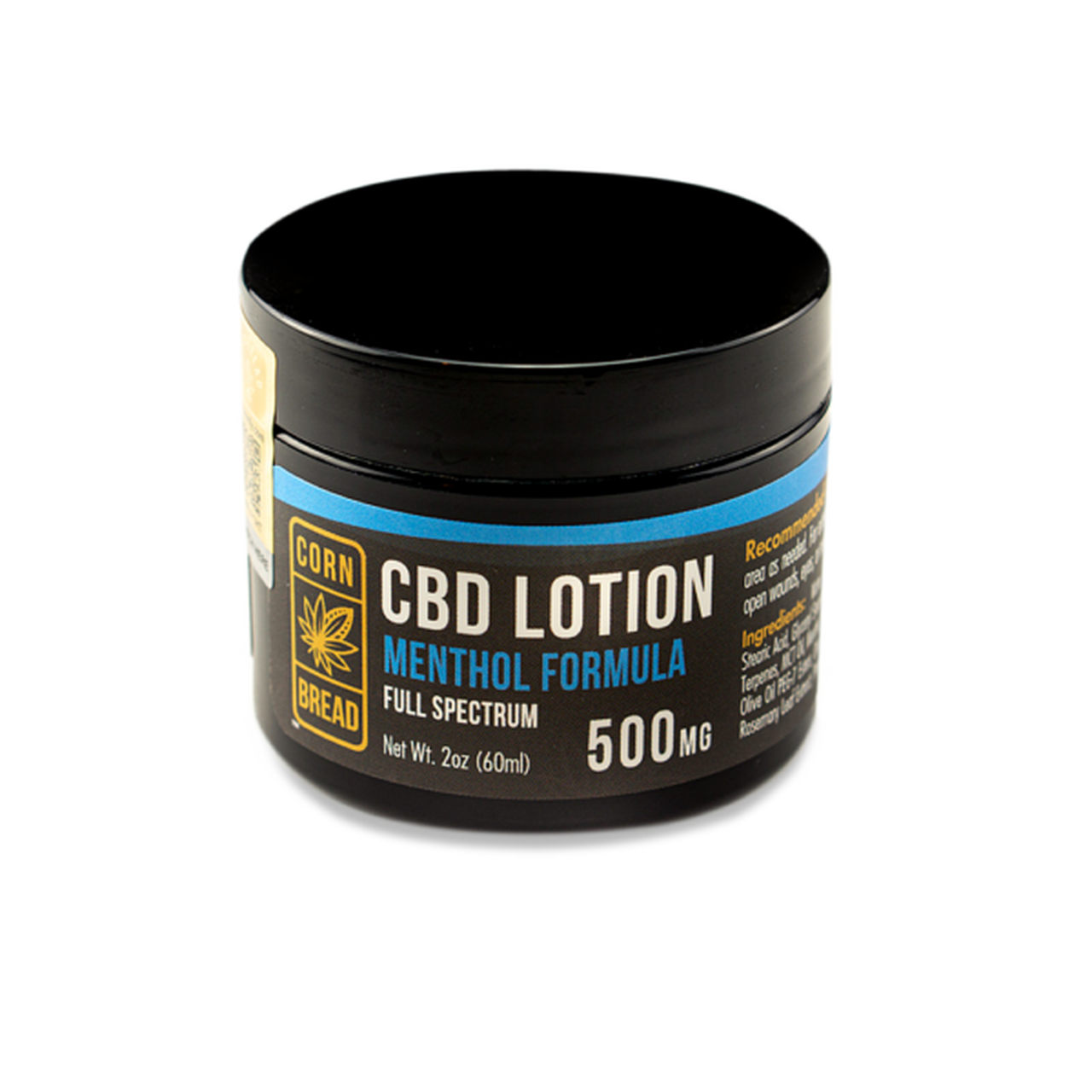 Cornbread Hemp strives to produce the best in high quality products made from organic hemp flowers. We do this by choosing the best option in every step of the CBD oil making process, from seed to shelf. That also includes choosing the best organic ingredients for our CBD balm!

Due to the lack of FDA regulation, there are no requirements for CBD manufacturers to adhere to any standard during the process. The only certification a CBD oil may acquire from the federal government to prove that every step of the manufacturing process is clean and safe for human consumption, is the USDA organic seal. Organic products are grown with non GMO seeds and cultivated with organic practices without the use of chemical pesticides and fertilizers. We partner with organic Kentucky farms to ensure the safest material for our CBD products.

Our CBD Balm is made with the first-pass extract from our flagship organic hemp flower extract in an organic shea butter and jojoba oil base with organic arnica oil, organic peppermint oil, and other essential oils. We make our products in small batches for optimum quality control.

Authenticity and safety is important when it comes to CBD! Every Cornbread Hemp product has a CannVerify hologram to prove it isn't counterfeit. And there is a QR code on each product's packaging allows easy access to third-party lab results for safety and potency. We only use high quality full spectrum hemp extract for our CBD products to provide the maximum potential through the entourage effect.

The CBD oil industry is vast and untamed, and it can be difficult to choose a safe and reliable CBD oil product. When choosing the best quality organic CBD balm with organic jojoba oil from a company that you can trust, go to Cornbread Hemp!

What is Jojoba Oil?

Jojoba Oil, or jojoba, is a liquid wax that can be found in the seeds of the jojoba plant (Simmondsia Chinensis). It is very similar to human sebum (oil), as it has a chemical structure consisting mainly of long-chain monounsaturated fatty acids and its liquid state at room temperature.

Is Jojoba Oil Good for Skin and Hair Care?

Yes. Jojoba Oil has an extensive list of benefits, including being good for skin and hair care. It is one of the few oils that can be used to treat acne without clogging pores or leading to blemishes.

What are the Benefits of Jojoba Oil?

Jojoba Oil contains many vitamins, minerals, and nutrients that are good for skin and hair. It can be used to treat acne, eczema, psoriasis, chickenpox scars, and fine lines/wrinkles.

All rights reserved. The statements made regarding these products have not been evaluated by the Food and Drug Administration. The efficacy and benefits of jojoba oil and CBD products has not been confirmed by FDA-approved research. These products are not intended to diagnose, treat, cure or prevent any disease. All information presented here is not meant as a substitute for or alternative to health information from health care practitioners. Please consult your health care professional about potential interactions or other possible side effects before using any product.

Cornbread Hemp works with suppliers who guarantee a less than or equal to 0.3% THC content. With these trace amounts of THC, it is possible that users may fail a drug test. Cornbread Hemp does not take any responsibility in the instance a customer fails a drug test while using these products. Our full spectrum CBD products may not be shipped outside the United States or its territories.