What everyone needs to know

Discovered in the 1970s, THCV is a variant of THC derived from cannabis. Like CBD, it can also be extracted from the hemp plant. Delta 9 tetrahydrocannabivarin (THCV) is rising in popularity among hemp products. It's sometimes called "diet weed" or "weederall" because of its reputation as an appetite suppressant (unlike THC, which tends to increase appetites) and for providing a lighter and more energetic high. Cornbread Hemp does not sell THCV gummies. This article is meant to inform and educate consumers who are considering THCV gummies.

THCV and THC differ structurally only in that THCV has an additional chain of atoms at the end of the molecule. The “V” in THCV stands for “varin,” the suffix at the end of THCV's scientific name, tetrahydrocannabivarin. "Varin” denotes an added chain of atoms present at the end of a molecule.2 There are quite a few different types of cannabinoid variants that display this chain and have this suffix.

THCV is a molecule with C19H26O2 as its molecular structure. This means it contains 19 carbon atoms, 26 hydrogen atoms, and two oxygen atoms.3 See diagram below.9

That extra chain of atoms means that THC and THCV behave differently and similarly at the same time. Most users say that THCV's effects are not as strong as a THC buzz. There is some animal research that says that THCV gummies can help with weight loss by being an appetite suppressant.4 Some people say that THCV gives them increased energy, and sometimes brands market products called THCV energy gummies.

Strains of hemp rich in THCV are difficult to grow and process. THCV is most prevalent in sativa strains of cannabis like those grown in Africa, China, Nepal, Pakistan, India, Thailand, and Afghanistan.5 Most THCV on the market is converted synthetically from another cannabinoid.

Unlike CBD, if THCV is taken at high doses, there can be a psychoactive reaction. At high doses, THCV behaves like THC, as an agonist to the CB reactors. These reactions are fast-acting and fast-dissipating.6

What is a gummy?

THCV gummies are the most popular kind of THCV edible. They are small, bite-sized, firm but jiggly edibles that are typically fruit-flavored. They are cousins to snacks like gummy bears, gum drops, fruit gels, gummy worms, and other candy. They are not to be confused with prescription medications, over-the-counter medications, and supplemental dietary products that are in gummy form. 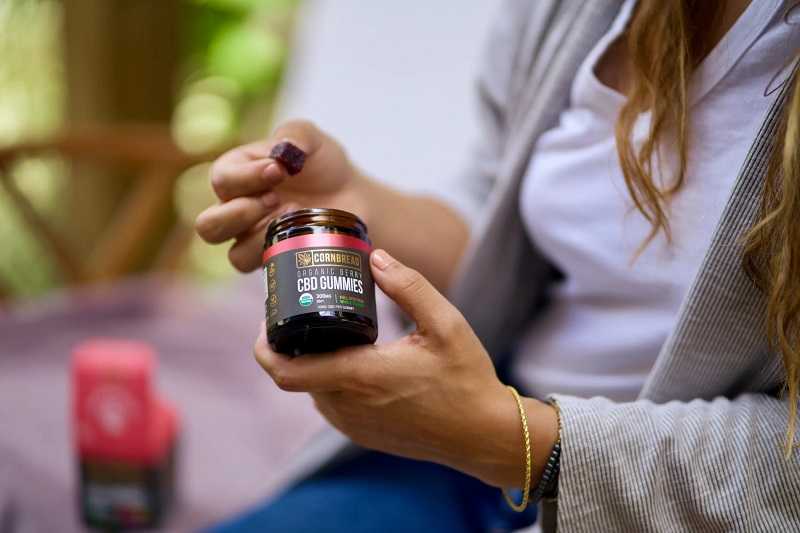 According to Analytical Cannabis, THCV is complicated legally. Unlike THC, it is not a Schedule I drug. Schedule I drugs are defined as drugs with no currently accepted medical use and a high potential for abuse. Some examples of Schedule I drugs are: heroin, LSD, marijuana (cannabis), ecstasy, methaqualone, and peyote.

Alexander Beadle of Analytical Cannabis writes, "THCV does not fall under the definition of any of the 'cannabimimetic agents' prohibited under the Controlled Substances Act, nor would it technically be included under the category of tetrahydrocannabinols, which are also prohibited under the act." The gray area comes with the Federal Analogue Act, which could determine that THCV was close enough in structure to THC as to be an analog and therefore outlawed. Currently, however, that is not the case.8

In short, THCV is not listed as a controlled substance in the 1971 Controlled Substances Act. The only form of THC specified in this legislation is delta-9 tetrahydrocannabinol. Under the 2018 Farm Bill, THCV is classified as hemp, like CBD and other hemp cannabinoids.

In the UK, on the other hand, the local laws still consider THCV a cannabinol derivative and is listed as a Class B drug under the Misuse of Drugs Act 1971 and a Schedule 1 drug under the Misuse of Drugs Regulations 2001. THCV's categorization has been much contested to no avail. As it stands now, in the UK, THCV has been declared to have "no medical benefit" and scientists must have special permission to even be able to study it.9

Just like with delta-8 THC gummies, THCV gummies are mostly made with synthetic cannabinoids made in a laboratory. As of 2022, there are no regulations regarding these chemical processes, which means THCV gummies could be dangerous to consume.

The best gummies have simple, recognizable ingredients. Steer clear of those that have a lot of additives, like artificial colors or flavoring, like most THCV gummies.

You can still find natural gummies with a great taste. Look at brands with high-quality ingredients and preferably that use organic hemp and organic ingredients. USDA certified organic is the highest standard in gummies. In addition to premium ingredients, also look for brands that undergo testing by third-party labs and make those results available to consumers.

As with all hemp-derived products, you should search reviews for a reputable brand. These reviews may be part of their own marketing (like on the brand's website) or in respectable news sources. Once you find the reviews, it's important to determine if the reviews are real or fake.

The easiest way to tell the difference between real and manufactured reviews is by looking for an inconsistent pattern of review post dates, if there is a spike in the number of reviews right after they release a new flavor, for instance, those reviews are likely paid for. The other way to check a review is to click on the profile of the 'person' who left the review to see if they are real.

THCVA gummies tend to cost around the same amount as Delta 8 gummies. But people interested in safe and reliabe gummies prefer USDA Organic CBD gummies over synthetic gummies made with THCV or delta-8.

Is THCV and delta 8 CBD the same thing?

No. Delta 9 tetrahydrocannabivarin (THCV) a variant of THC derived from hemp. Like CBD, it can also be extracted from the hemp plant. It's sometimes called "diet weed." Delta 8 is a manufactored from Cannabis sativa. Delta 8 is not currently approved by the FDA.

THCV is not known to have psychoactive effects. In rodent studies, THCV decreases appetite, increases satiety, and up-regulates energy metabolism. As a result it is sometimes called "diet weed."

Is THCV a stimulant?

Unlike CBD, if THCV is taken at high doses, there can be a psychoactive reaction. At high doses, THCV behaves like THC, as an agonist to the CB reactors. These reactions are fast-acting and fast-dissipating. THCV can produce a high or sense of euphoria.